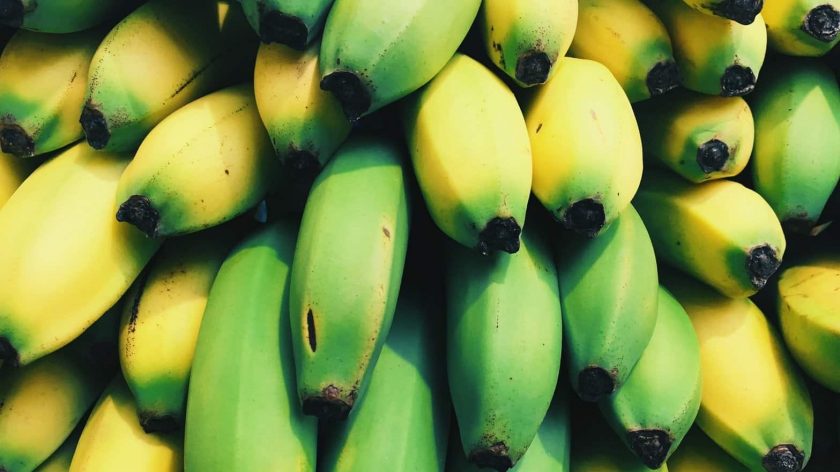 This type of comparison is used every day by media, marketeers, … to create a wow-effect for the audience. This specific example has been around since 2013:

The biggest container ships can hold 745 million bananas in 15,000 containers. That’s one for every European and North American.

The origin of this quote seems to lie in a 2013 post by Fast Company, quoting from the book “Ninety percent of everything: inside shipping, the invisible industry that puts clothes on your back, gas in your car, and food on your plate” by Rose George. 745 million bananas does indeed seem impressive. “What a time to be alive!” – I can hear you say.

Since the initial post, the one-liner has been picked up and passed off as a fact by a wide range of publications, company blogs, and even port authorities. Most notably, it was even published by TIME magazine.

“These floating skyscrapers can carry as many as 15,000 containers 20-ft. long containers, enough to carry 745 million bananas—one for every European and North America.”

Although the statement might have been nuanced in the original book, it has since been taken out of context. Is it really true the world’s largest ships could transport 745 million bananas?

It all started when a colleague innocently tagged Andrew (apparently a banana aficionado) in a Twitter post about the Banana Claim. What seemed like a no-brainer fact to all the aforementioned news outlets and online publications, was not at all obvious to Andrew – who immediately questioned the numbers.

I’m not one to nitpick.

This figure is totally wrong!

As a banana aficionado and ex-container ship bod, I think I may comment. https://t.co/Sve0eDXhOq

Could TIME, Discovery Channel, Fast Company and dozens of others really have been wrong for all this time? How many bananas would a cargo ship truly be able to carry?

First up, how many bananas in a container?

A standard forty footer holds 20 pallets. There are maybe 6 boxes of bananas per level, 10 levels, and 100 bananas per box?

A banana weighs about 125g. So, around 15tonnes per forty footer.

That’s far short of the maximum of 28 tonnes.

So maximum tonnage does not seem to be an issue either.

The reason why a container ship cannot transport 745 million bananas

Even the biggest container ships – for example, the Emma Maersk with around 11k fully laden TEUs – only have 1k reefer sockets onboard.

Assume those are all filled with forty footers.

Availability of power sockets is just one part of the equation. Bananas are not your average cooled cargo. Typical reefer cargo is loaded frozen. The only work the reefer needs to do here, is keeping it frozen. However, shipping bananas is not that straightforward. They are often hot stuffed and brought directly to the ship. They should be kept around 14°C. All of this means the refrigeration needs to work harder.

Each of the 5 generators on the Emma Maersk is around 4MW.

You are now running 3 generators just to keep the ship running in port!

Hold on. We’re not there yet. Have you thought about the heat generated by all these reefer containers?

No container ship I worked on had enough below hatch ventilation to handle 100% bananas. 100 containers dumping 8kW of power under a hatch is a lot.

Total guess, but I don’t think you’d manage more than 75% of reefer being at full load.

For the Emma Maersk (one of the largest ship classes in 2013 – around the time of publication of the Banana Claim) this would mean how many bananas?

Enough for everyone in the UK and me.

So, is the claim that the world’s largest ships can store 745 million bananas totally false? Not entirely – you could technically have 745 million bananas on board. They would, however, never make it for more than a few days without going bad since their temperature would not be controlled. There are no ships sailing today (or in 2013) with that amount of bananas on board.

This is what happens when you just multiply containers by how much you think is in them.

Trivia: before shipping containers were standardized, dedicated banana boats were used for shipping bananas around the world.

We are hiring! Will you revolutionize logistics with our team?